By wojciech slusarczyk September 3, 2020 No Comments

Every day we are faced with choices to make, some of them we have time to think about, and some we have to make right away.  Many of the decisions we make are usually based on how much time we have, how busy we are, or how hard it is going to be.  Since we are human many times, we gravitate towards the decisions that will be easy or less time consuming, which is very understandable indeed.  We have busy lifestyles, and we have things we need to accomplish or our own family. So asking ourselves to do the right thing usually means doing the more challenging thing which we usually don’t want to do.

I thought of something we used to do in my family when I was a young boy for years and thought it was a good example:

Growing up as a kid, we would always spend every holiday with my Dad’s sister Rosa and her family in Chicago.  My Dad was very close with her, and he always wished she lived in Detroit with us, but since she did not, we visited as much as possible because, for my Dad, it was the right thing to do. My Aunt Rosa had a tiny family in Chicago, just her husband Andrea(my uncle), and her son Vito (my cousin).  My Dad came from a family of 9, so for him, I think he felt bad for them because their family was small, and I think he almost felt obligated to spend time with them so they would not be alone.

Holidays, Anniversaries, milestone birthdays, first communions, etc. we always went to Chicago to visit and spend time with them, and it was never easy!  When I look back and think about some of the challenges that we faced going there (some of them self inflicted challenges by my Dad), I am amazed at how often we went and the things my Dad would do to make sure we made it there often.

First off, in the late ’70s and early ’80s, there was an energy crisis, so the National speed limit was 55 miles an hour, so a trip to Chicago was going to take 6 hours, that was not easy!

We had 6 in my family, and the biggest car we had (the family SUV was not a thing back then) was a large sedan that had two bench seats.  We would ride 3 in the front and 3 in the back the whole way there (not easy).

There were no cell phones, no GPS navigation, and my parents did not speak English well, so a road map that was the size of a small kitchen table was all we had if we got lost or needed to take a detour (not easy).

My Dad was a very prideful Italian American immigrant who felt like perfect attendance at his work was a direct reflection of him, so he never missed a day.  This meant that on Thanksgiving week, for instance, since he was on the afternoon shift, he would work Wednesday afternoon, get home after midnight and we would immediately jump in the car and drive without him sleeping. He just wanted to get there as soon as we could, so he drove throughout the night with no sleep because he thought it was the right thing to do (not the easy thing).

There were very few ’24 hour’ gas stations and places to stop along the way 40 years ago, so my mom would always make a thermos of coffee and a meal to take with us that we would eat in the car on the way.  She was always big on ‘fresh’ food, so she would make sandwiches and soups and whatever else we would bring with us that night so we would not go hungry on the way (not easy).  Italians are funny, they always think they are going to starve to death if they don’t eat for a few hours.

We made trips through snow storms where we pulled over and had to put snow chains on the tires to keep going.  We had a time where we had a flat tire shortly after leaving that took an hour to fix.  We had a time where my mom left the ignition on while packing the car and the battery died, and we could not get the car started for a while, and we had times where everyone was crabby and tired, and we fought before we left, during the whole ride and even after we pulled up.  I could go on forever on all the things we went through that were not easy to make these trips happen, but I think you get the point by now.  No matter how hard it was going to be in the mind of my parents, it was the right thing to do, and we were going to figure it out, there was never a doubt.

Eventually, this type of thinking wore off on me, and I still try to do the right thing to this day, but I am human. I am no better than anyone else, I still have moments and days where I choose the easy way or the easier way, but it just inspires me to do better next time, and here is why and absolutely the best reason why we should always try to do the right thing: 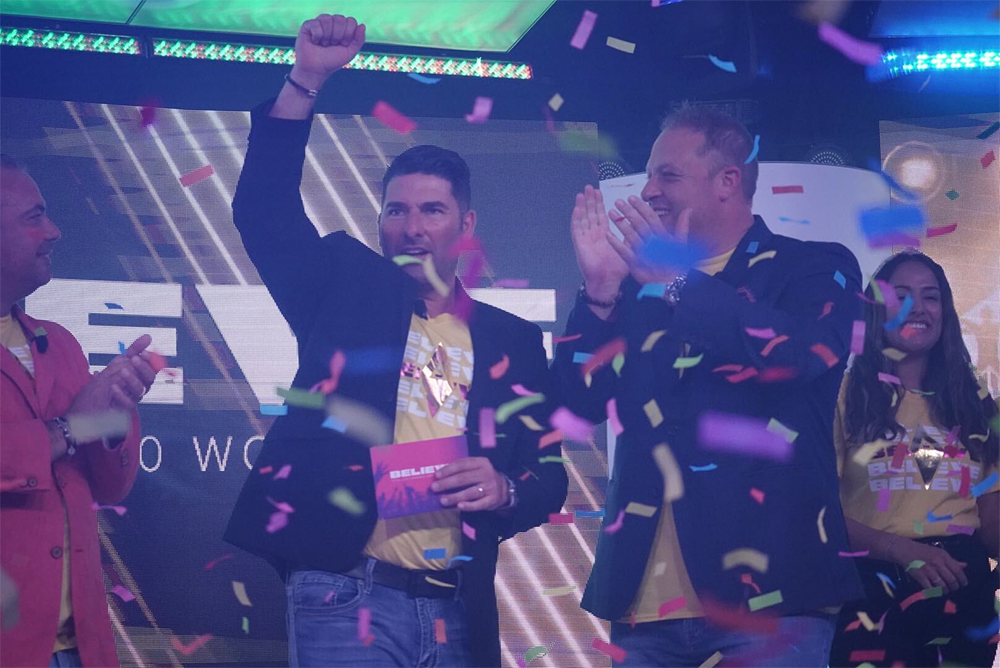 Well, we are so hesitant to do the right thing most of the time because it is more challenging but what we feel over and over again after doing the right thing is that it makes us feel good, it feeds our spirit, and it helps us feel fulfilled, try it!

We are so worried about the ‘hardship’ that doing the right thing might bring upon us that we rob ourselves of some of the greatest emotions we can feel.  Please don’t take the easy way out, do what is right, feed your spirit, and give yourself a gift. You deserve it!!

Thanks for reading; it was the right thing to do!