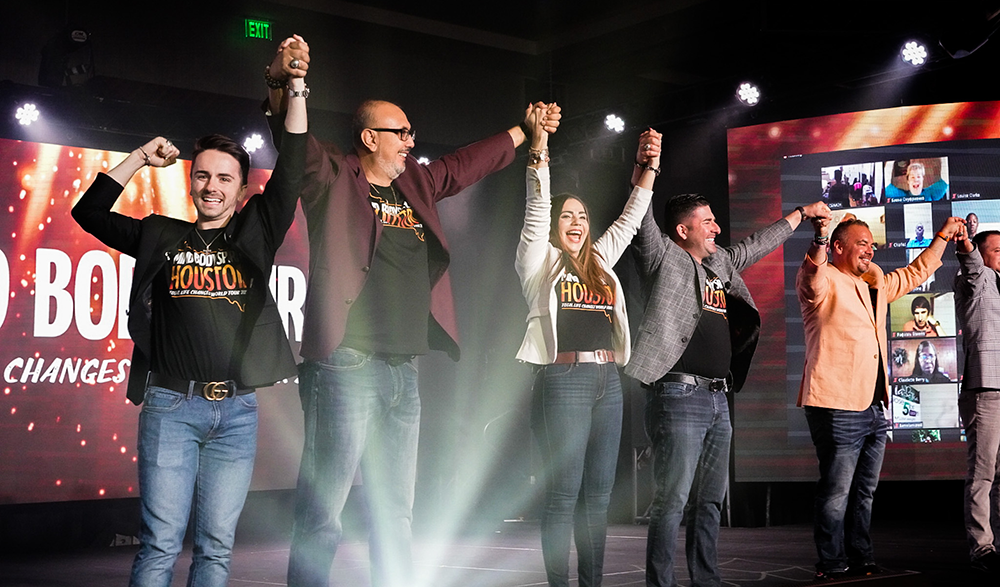 From The Desk of John Licari: Change Isn’t Easy

If you are like me, I’m sure you have been in situations in your life where doing the right thing is either going to take more time or be more demanding, and you’ve probably chosen on several occasions to take the easy way out like I have.

We’re human, so that’s just what we decide sometimes. We often think back on those moments and regret not doing the right thing, but sometimes those moments, we can’t go back and change. All we can do is try to be better moving forward.

Today I wanted to tell a story about a young man who did something that he knew was not easy, but it was the right thing to do in his heart. This young man’s name is Jack Fallon. He is someone I witnessed do the right something many years ago, even though it wasn’t easy, and it inspired me to do the same many years later.

Many people are aware that Jack walked away from the assembly line at Ford Motor Company to concentrate his efforts on TLC. Ford was very familiar, and it was a steady paycheck every single week. The benefits and the promise of a pension at the end were also a sense of security. Jack was a family man with young children. When he decided to make a move might help you realize it was a tough decision.

It would’ve been effortless for Jack to decide to stay at Ford. The pay was pretty good, and it was enough to support a young family and provide for them, but it also would’ve been hard to stay there and not be able to help thousands of people around the world and make a positive impact on their lives.

There are many decisions that we need to make in our lives. Some decisions need to be made quickly, and some of them we can think about for a while before we make them. But ultimately, whatever those decisions are will impact our lives and the lives of others, good or bad.

Nobody would’ve blamed Jack for staying at Ford Motor Company and living a life that was a bit above average. I think most of us strive for that. This was the hard part for Jack, though. He did not want a life that was just above average. He wanted something more, and it had nothing to do with money or benefits or the dream of getting to a certain age and not having to work anymore.

He wanted to help people and make an impact, and in his mind, there was no finish line to that type of work. It was something he wanted to do forever. These types of thoughts are what ultimately helped him make that tough decision. I have known Jack long enough to know that had he stayed in the factory, it would’ve killed him. Not physically, of course, and maybe not even mind because he is a pretty tough guy mentally. Spiritually though, I think he would’ve died because what feeds his spirit and what keeps him feeling alive is what he does every single day here for all of us at Total Life Changes.

Jack loves to help people, and he loves to challenge them and remind them they are capable of more. Jack loves making sure people know he believes in them. Jack also loves unifying the world every day regardless of any roadblocks along the way. I can’t imagine Jack not doing that at TLC every day, and I am grateful to be a part of it.

All of us have been somewhere or been a part of something challenging for us to leave if you think about it, though, it’s also tough to not go, especially if you have other goals and passions that are not being fulfilled in your current situation.

When I look back on my life so far, I am very proud of how I did what was right and not what was easy. I also realize that every single time I did the right thing, it usually involved other people, not just me and that is what makes it even better! Sometimes you’re doing the right thing for others, and they don’t even know it yet, but you have to do what you think is right in your heart and your mind.

The family and friends of Jack thought he was making a mistake. I was also one of those people, but not because I didn’t appreciate his vision but rather because I was afraid that he would be hurt if he failed. He would be hurt because I had much love for him.

Jack knew that starting TLC and ultimately leaving the safety blanket at Ford Motor Company was necessarily the right thing to do for him. Still, instead, it was the right thing to do for everyone around him, including the Life Changers at Total Life Changes. Even though most of those people even told him not to do it, that was probably the most challenging part of all.

Thank you, Jack, and thank you to all the people in the world like Jack who pave the way for us to make those hard decisions that ultimately make us the right choices for us and others. We are grateful!

Thank you for reading, and thank you for always doing the right thing! I am grateful to be a small part of your life!

To learn more about our core values, visit the about us page.