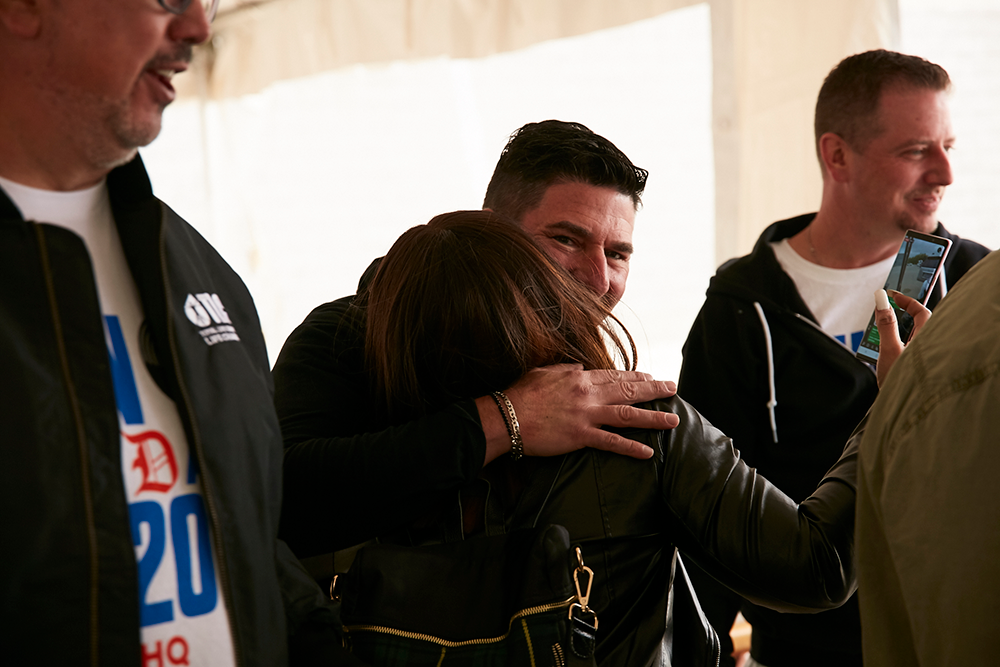 From The Desk of John Licari: Love Eachother, No Matter WHAT!

By wojciech slusarczyk June 9, 2021 No Comments

This week many of us lost a good friend and coworker, Kairee Douglas. I will miss his smile and his tremendous heart, and I will always be grateful for the short time I could get to know him and spend time with him. I am also grateful for the small amount of mentorship I provided for him. I will forever be grateful and never forget him. This week’s story reminded me of something Kairee would do, and I am writing it in his honor. Love you Kairee, I was always so proud of you, and I am honored to say I was able to work with you in your short 23 years on this earth and hear you say your famous words every day “Say Less.”

“We love each other, period.”

This week I have an incredible true story that happened recently that I want to share. It is an excellent example of how love still exists in our world, and it’s a reminder that there are plenty of great people out there; we have to remind each other of this whenever we can by sharing or creating stories just like this one.

Crystle Lewis and her fiancé live in a small town just north of Anchorage, Alaska, named Wasilla, which has about 10,000 residents. Crystle had created beautiful wedding invitations and took care to add a wax seal on the back of each envelope for that extra special touch. She was excited as she carefully put stamps on each invitation last month and dropped them off at the post office for delivery.

Crystle had mailed out 50 invitations, and a couple of weeks later, she and her fiancé started wondering why they had not received any RSVPs yet, but they just assumed that people were busy and had just not responded yet.

Unknown to them, the beautiful wax seal they had added to each invitation caused the envelopes to be out of spec for first-class mail charges, and each invitation would require extra postage to be sent. The post office did what the post office does and set aside all 50 invitations and alerted the sender (Crystle and her fiancé) that they needed to pay more to get the invites sent out.

Right around that time is when a postal worker named Edward “Lee” Mayton went above and beyond and saved the couple’s wedding with his good deed. Edward noticed the stack of wedding invitations that had been set aside, saw they were dated two weeks earlier, and thought they needed to go out ASAP. Edward paid for the extra postage to get them in the mail, and with help from his coworkers, the invitations were sent out that night.

Edward remained anonymous and was not interested in having Crystle know he had done this, but in such a small town, word got out that he had taken it upon himself to pay the postage and make sure the invites were sent, and soon everyone knew.”That’s just what we do, not just because we’re supposed to do it; I mean, this is Wasilla,” Mayton says, “We take care of each other out here.” When the bride-to-be heard what he’d done for them, she got choked up by the act of kindness. The couple went to the post office and tried to repay Mayton for the postage, but he refused and said he was happy to do it.

For Edward, just knowing that the invites went out and knowing they would be happy after marriage was enough for him, and he explained to them that they could repay him by doing something nice for others one day. The wedding was saved, and the world was once again reminded that the human spirit is alive and well and love still resides in the hearts of many of us.

When I first heard of the story, I loved it and when Edward was interviewed, and he said, “This is Wasilla, this is just what we do,” I couldn’t help but notice that his community (Wasilla) sounded just like ours (TLC). It’s just what we do; we love each other, period. I could see us doing the same for someone else in our community and even outside this community.

At TLC, we love each other, period, and that includes everyone! Even those who might not love us because we know that love conquers all and love in our hearts will help us create total life changes worldwide; let’s show some love to the world this week, please, TLC style!

Until next week, remember to serve others daily!