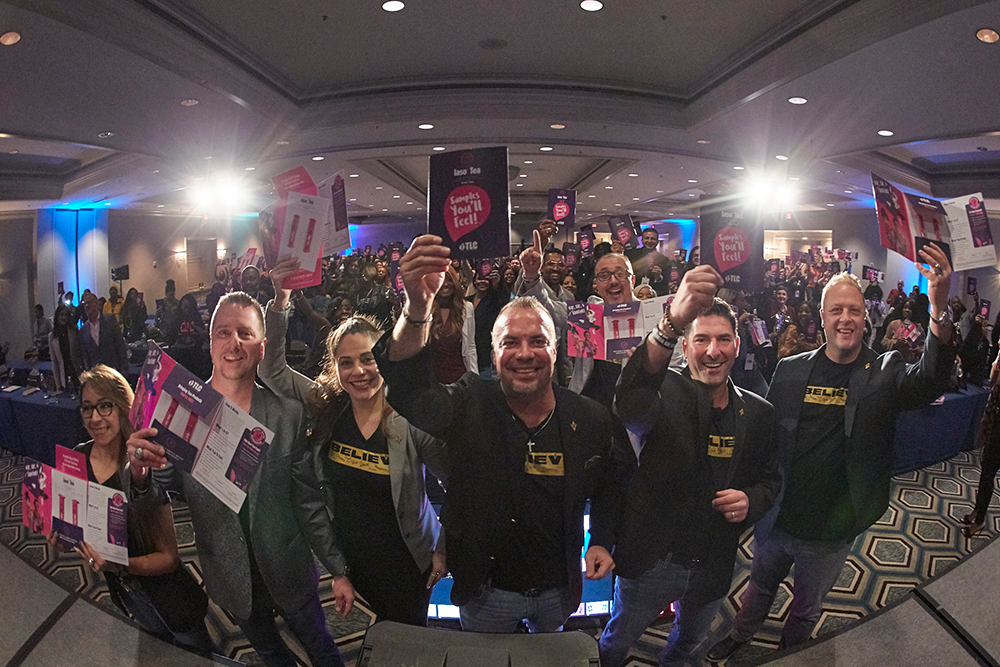 From The Desk of John Licari: Hungry for Bigger

Core Value Blog Post: “We Are Always Hungry For More.”

In the early days of TLC, I still really did not understand what I was a part of. I thought I was helping my friend with his ‘Pyramid Scheme,’ and I tried to lay low, and I reminded him I wanted no public association with it. I came in and built my boxes, shipped my orders, dropped them off at the post office, and I would do other odd jobs like installing printers and troubleshooting computer and internet issues, but that was about it. He always laughed it off and tried to explain to me that TLC was not launched to hurt people or trick people but rather to help people, and I just didn’t understand yet.

One day something happened that changed everything for me; I was asked to ‘help’ on the phones. At that point, Jack Fallon was answering every TLC call, and sometimes he had 2 or 3 waiting for a call back. So one day after a few months of being in ‘the basement,’ Jack Fallon looked at me in a way only he can, and asked the question that would change the course of my life: he asked if I could help, with puppy eyes of course.

Of course, I said yes, BUT My emotions were everywhere. I did not want to talk to people about this ‘Pyramid scheme,” I had told him this before! ‘How dare he ask me,’ I thought. I didn’t know how it all worked, so I was not qualified, in my mind. I didn’t even know what the product was about or how it worked or why it was valuable, but Jack got me to do it by simply explaining to me two things. First, he told me if I was able to say please, thank you, and I am sorry that I could do customer service. The second thing he told me is what made me feel better about it and ultimately inspired me to agree, and I still do this to this very day. Jack told me and ordered me to be myself. 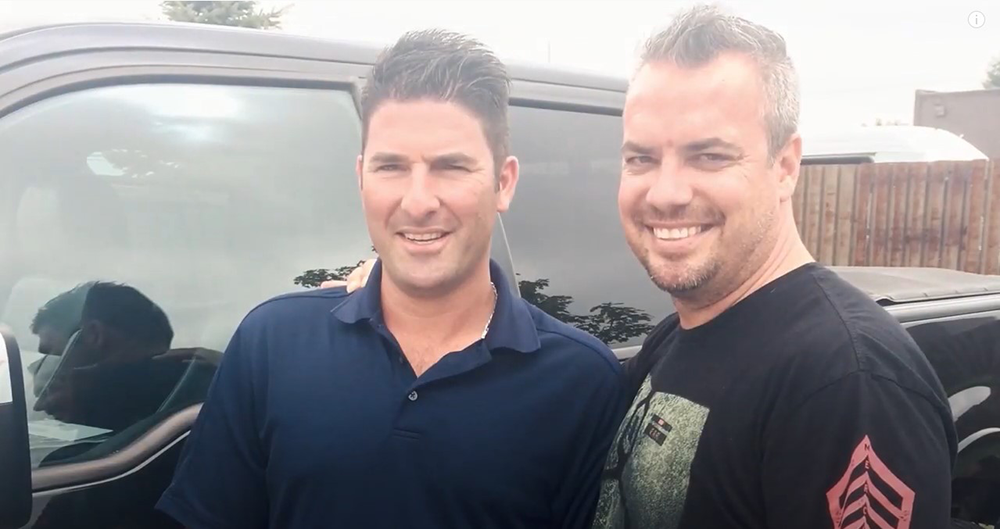 What do I say, Jack? ‘Be yourself,’ he would say, ‘don’t even pretend like you’re someone you’re not. If you don’t know, say so. If we forgot to ship something, just admit it. If they ask if we work in a basement, tell them yes. If they find out that we work in a factory during the day and do TLC after that, just tell them that’s true because it is. We never want to remember any lie that we told we just want to be ourselves; they are either going to love us or hate us.’ I must say I felt comfortable knowing I could be myself, and I didn’t have to pretend I was someone that I was not, BUT I was rather amused. In my mind, this would never work! How would we impress anyone if we were just going to be ourselves?

We did not have a nice office. We did not have an impressive background in business; we did not have expensive clothes to meet people in; we did not have a Lamborghini parked out front. We didn’t have an impressive 40 story office, and we didn’t even have a 3rd phone line! How were we going to impress people and inspire them to join us? I figured out later we were not trying to impress anyone that was looking for that. All we were trying to attract were people that just wanted to be part of something special, something that had very little to do with money and more to do with community and love for others.

As I said above, I was sort of amused at Jack’s approach in this business. I did not think it would work, so I figured if I did exactly what he said, it would definitely not work, and I secretly almost wanted it to fail so I could say ‘Told you so.’ Have you ever done that? Well, what happened next changed everything.

I started answering the phones, and I started talking to annoying people that always seemed happy and always seemed grateful, and I kept asking myself, ‘Why the heck is this lady so happy, she only made 40 bucks last week? This guy that called and shared with me that he lost 6 pounds was talking to me as if he had lost 60 pounds, I didn’t get it.’ All the while, I kept doing what Jack said, being myself and saying, please, thank you, and I’m sorry. 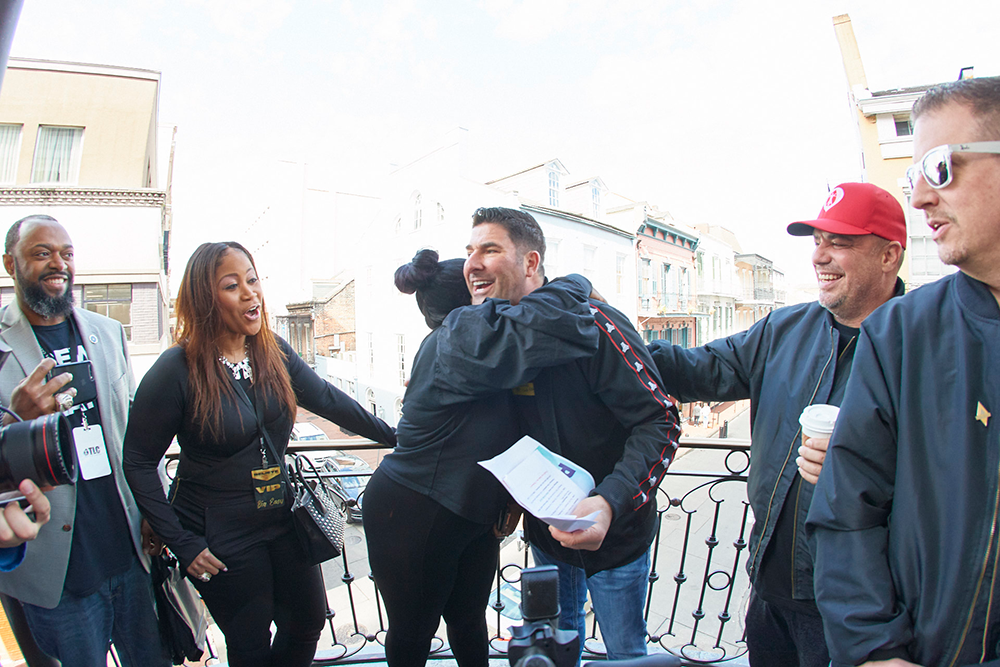 I started to realize that people liked Jack for who he was and they were not doing business with us because of the product or because of the business opportunity, they were with us because of Jack, and that was the first lesson that I learned that still is true today, people do business with people. I quickly also learned that I was one of those people, and I needed to step up my game, but it was easy because, after a few months, I secretly became addicted to answering the phone and helping people. It made me feel good to help the ones that were not happy, and it also made me feel good to hear from the ones that were happy to call and share their positivity with me.

For a LONG time, I did not admit this to Jack; I would leave every night being hungry for more. I hated the fact that I had to get up in the morning to go to the factory, but I was hungry for more TLC, and I knew it would make me feel better, so TLC somehow made the factory life easier to handle because I knew TLC was there for me right after. It was my reward at the end of the day, and it made me happy, something that again I kept from Jack for a long time, but I have a suspicion he knew all along.

One thing that I did notice and still rings true today is that Jack was ALWAYS HUNGRY FOR MORE, and I am not talking about sales. Every relationship, every call, every order was so important. Still, it was never enough, there was always one more call to return, and one more thing we could do to help one more person today, Jack never seemed to leave anyone wondering or waiting until the next day, he always kept going which inspired me to do the same.

Sometimes we were helping people get refunds quicker, sometimes we were helping people get another shipment sent to them that they probably already received, and sometimes we helped people who said they didn’t get paid even though we could see that they already did, it was kind of crazy, but it all makes sense now. Jack was always hungry to just do the right thing and let the rest take care of itself. Always giving the benefit of the doubt and always trusting that if we did the right thing, we would be rewarded somehow later and if not maybe in the afterlife, so I just kept following his lead.

I will be honest, it was rough. People took advantage of us; people lied to us, and people stole from us, and TLC was out of money several times. Loretta even had to borrow TLC money once just to pay commissions, but somehow TLC and Jack Fallon stayed hungry and kept going. I will never forget those days, they were hard, but we had fun, we were grateful for the opportunity to serve people for one more day, and we just trusted that one day we would be successful and it took a long time for that to happen, but that hunger kept us going, the hunger Jack showed every day. He would not quit, and we were never satisfied until everyone was taken care of, including me. That is why I am TLC for life and why I scream TLC at the top of my lungs to anyone that will listen, even to those who won’t because I saw a man stay hungry for YEARS even in the darkest days. Because of that, my family and I have a better life. He has helped so many others have a better life too.

As I look back, it is obvious to me. Staying hungry is tough, but to stay hungry, you got to be hungry first. Back in 1999, Jack was hungry for one thing, he was hungry to change the world, and to this day his hunger is stronger than ever, it’s as if we have not accomplished anything yet and if you think about the 7 billion people on this earth that have not experienced a Total Life Change yet then you will understand why Jack still shows up to the office every day and inspires us to be our best.

Jack Fallon is Always Hungry for more; what about you?

Thanks for reading, and have a great week!